With a bit of spunk! 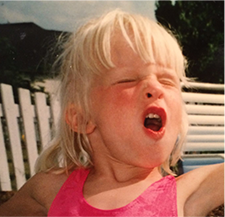 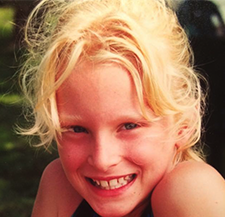 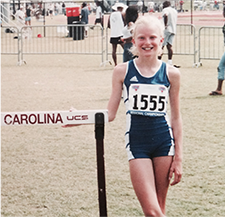 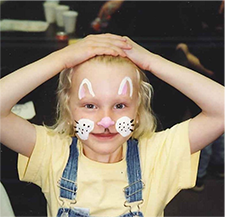 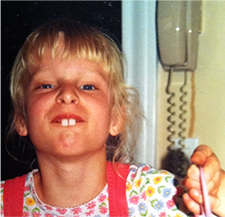 Sandi Morris is a classic, tree-climbing tomboy who grew up making mud pies in the backyard. Her obsession with shiny things, including rose gold fingernail polish, add a bit of shine to her down and dirty lifestyle.

Sandi’s story as a track athlete began with one shiny object: a quarter. Her parents, Harry and Kerry, witnessed their 7-year-old daughter offer 25 cents to a young boy in exchange for a foot race. They laughed along with the boy’s parents as Sandi dusted him to the finish line. This defeat led to the discovery of a kids club track team in her home town of Greenville, S.C. Unbeknownst to her parents, this was the beginning of a journey that would take her all the way to the Olympic Games, and beyond.

Sandi was naturally athletic in every sport she attempted, but track paired best with her personality. Self-described as having, “the attention span of a chipmunk,” Sandi and track were the perfect pair. As Sandi grew (along with her attention span), she developed into a fine track athlete and volleyball player. In addition to sports, Sandi also enjoyed horseback riding, playing violin in orchestra, art classes, teaching herself acoustic guitar, and taking care of her menagerie of beloved pets.

She describes her passion for animals as being one of her most defining characteristics. It taught her compassion toward others and developed a love for all living things. As a kid, Sandi spent endless hours glued to the TV, watching her idol Steve Irwin, aka “The Crocodile Hunter.” Without animals, Sandi would not be who she is today. Having understanding parents, Sandi was given several pets, including a flying squirrel, to help her explore her passion for animals. 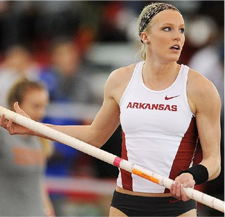 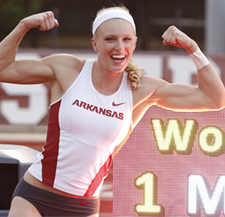 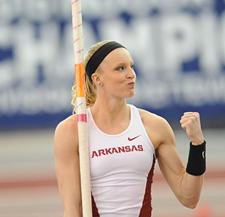 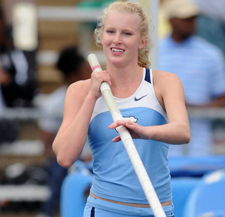 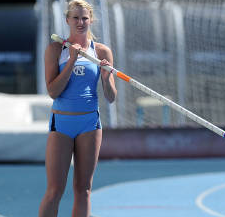 Sandi thrived in high school and became one of America’s most highly recruited female pole vaulters. She first signed with UNC Chapel Hill, and attended school for two years. While not improving on the track or in the classroom, Sandi decided it was time for a change.

She then chose to major in broadcast journalism at the University of Arkansas and work with Coach Bryan Compton, who built a vault legacy with the Razorbacks. Prior to Sandi, he coached Olympians April Bennett and Tina Sutej to NCAA records and NCAA Championships. Little did Sandi know, four years after stepping foot into his presence, Coach Compton would have her jumping almost 2.5 feet higher – breaking the Outdoor American Record – and medaling at her first Olympic Games. Additionally, he also coached her to SEC records and titles, NCAA records, and more while in college.

Sandi’s collegiate career concluded in 2015, at which point she fulfilled a lifelong dream of going pro, currently being sponsored by Puma. 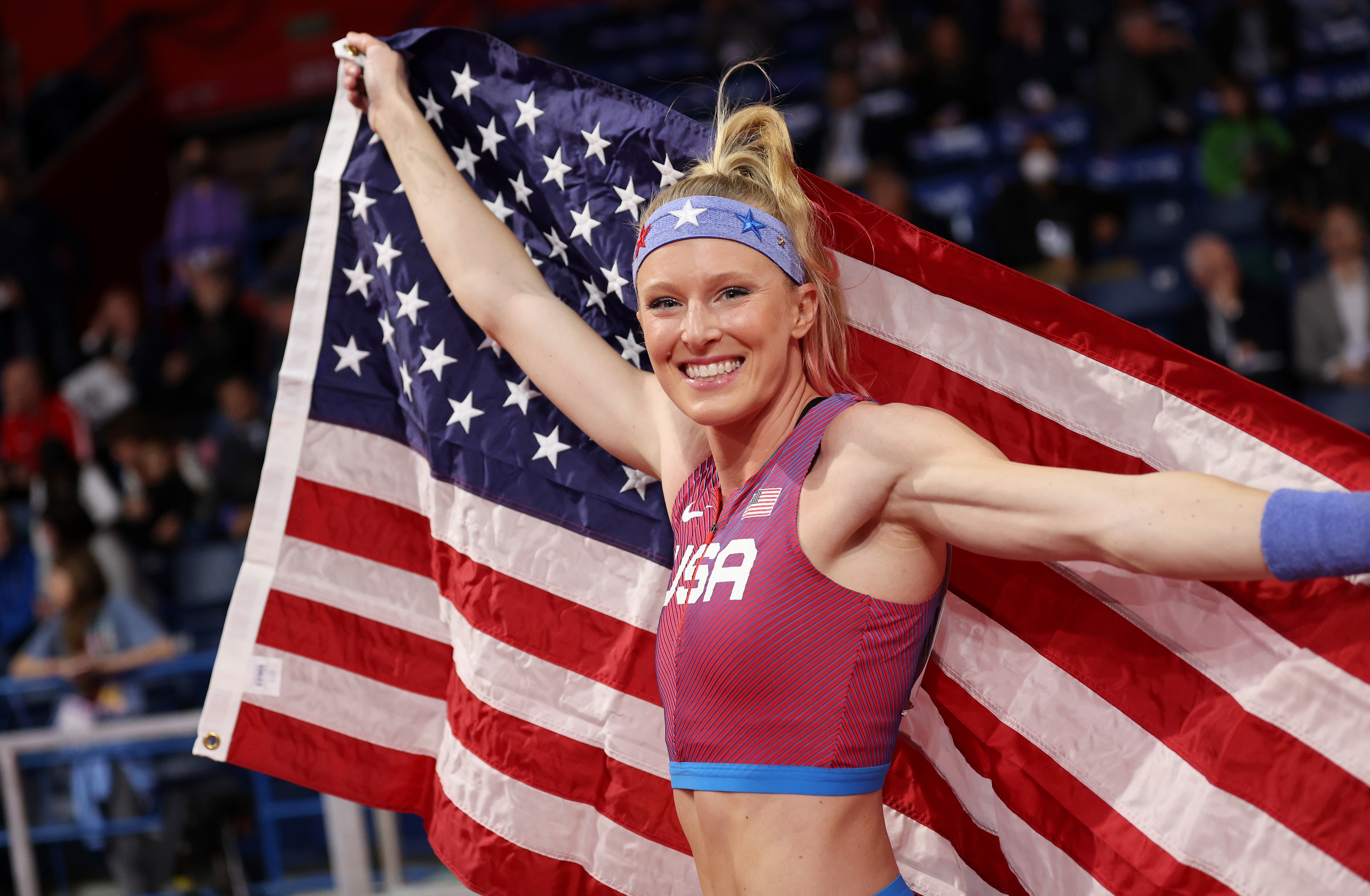 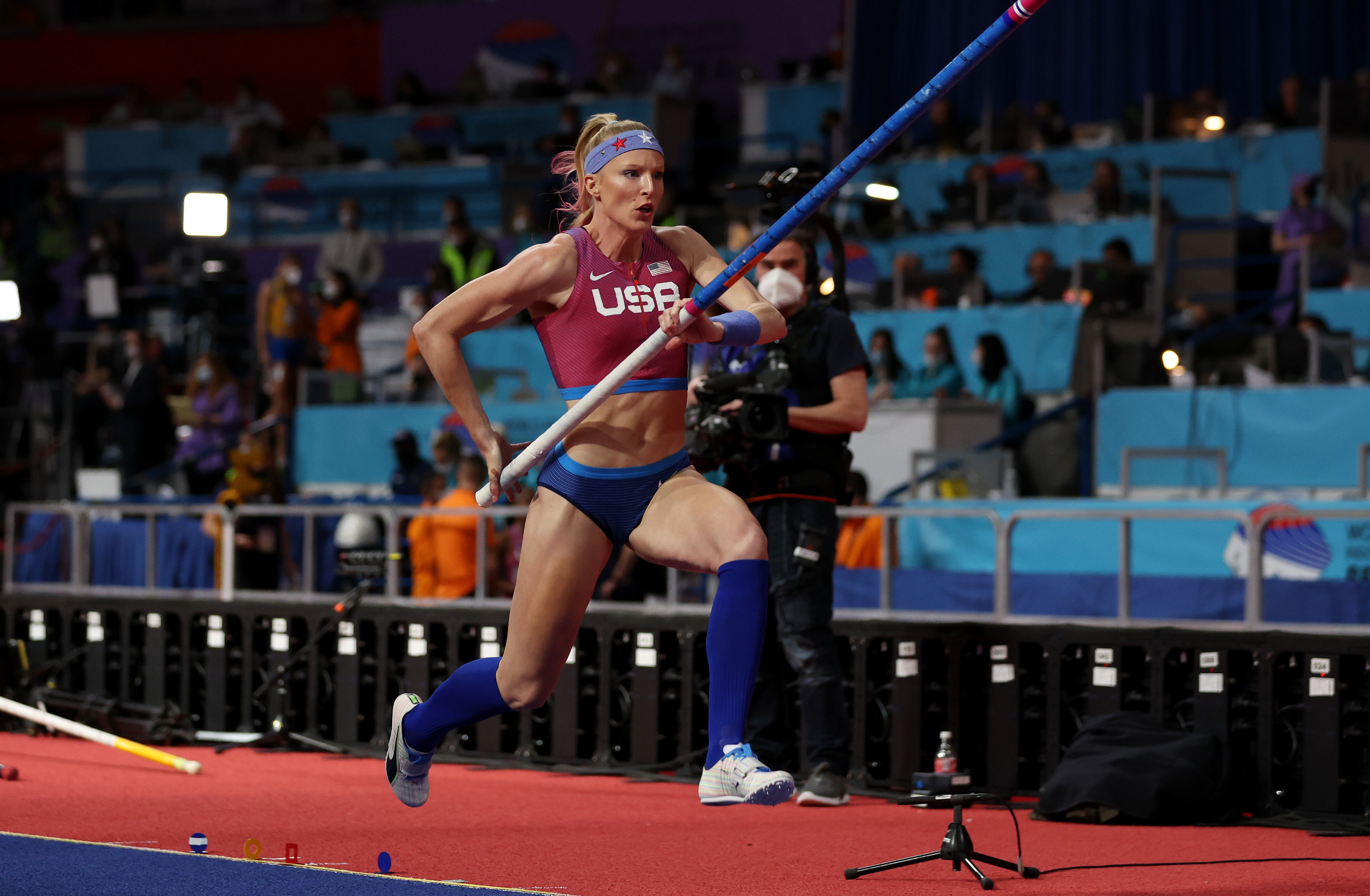 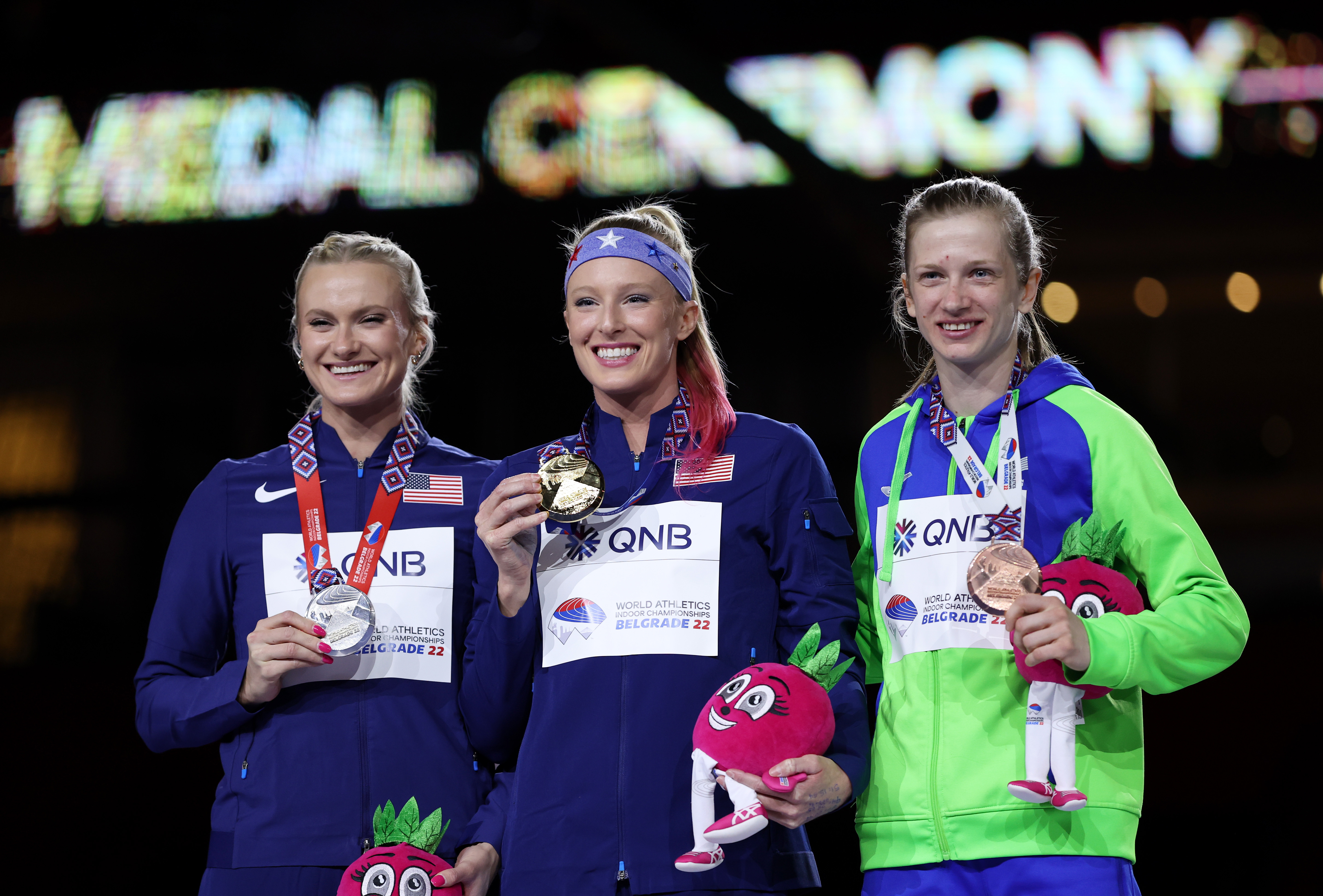 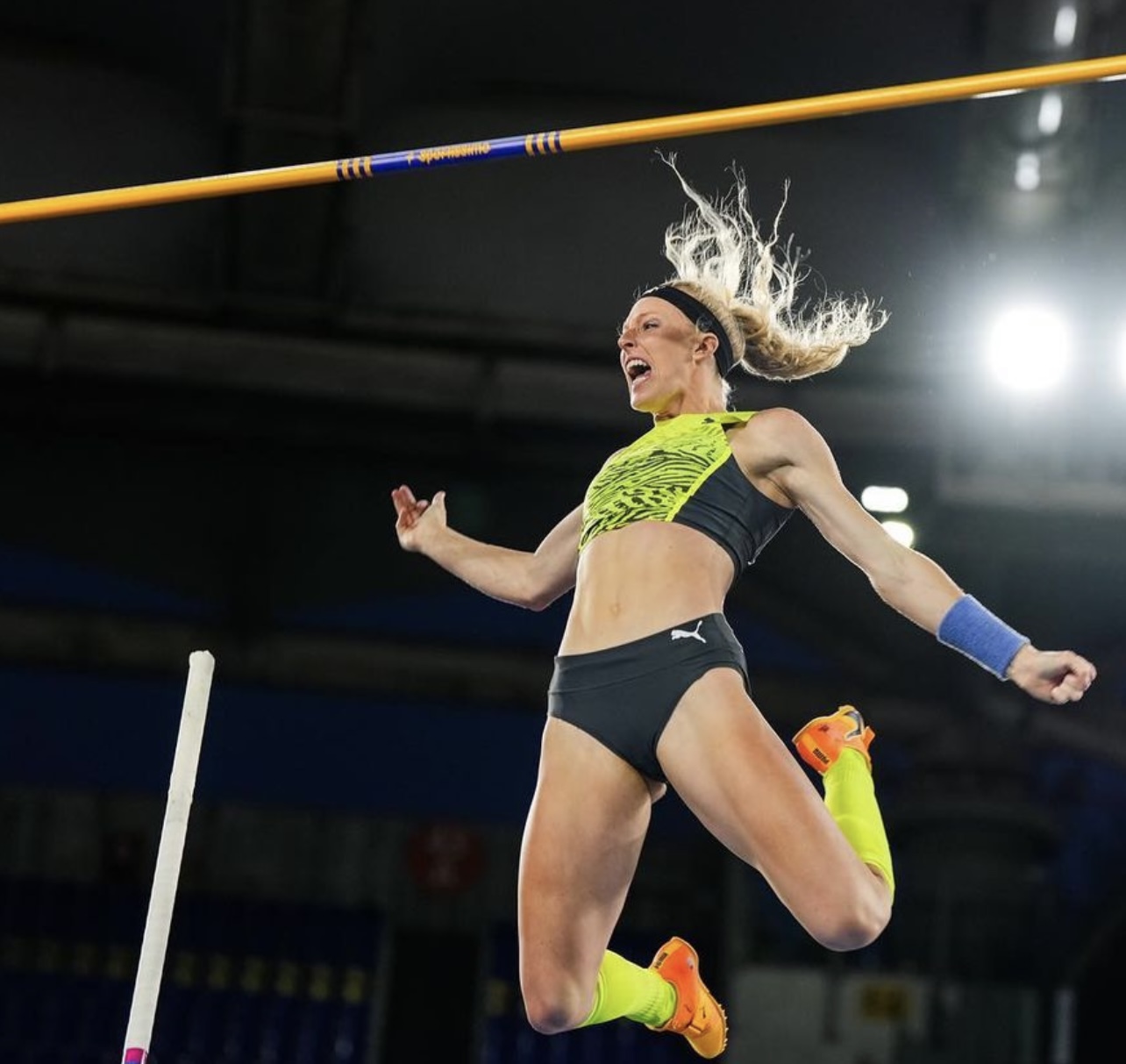 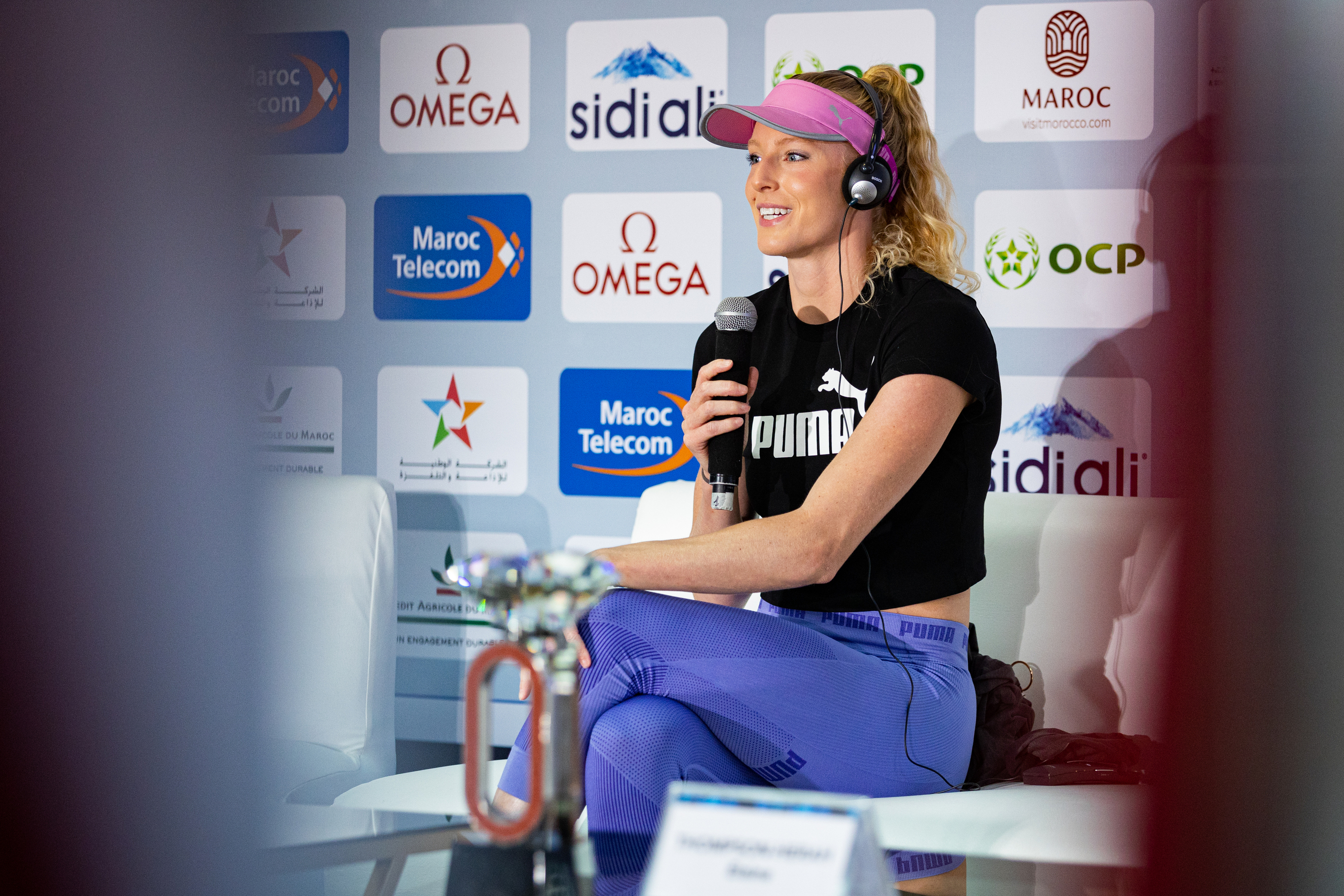 As 2017 followed, Sandi added two USA titles and a silver medal to her pedigree at the 2017 World Outdoor Championships, and in 2018 Sandi became the 2018 World Indoor Champion, winning her first gold medal at a major championship! In 2019 she secured another silver medal at the World Outdoor Championships in Doha, jumping 4.90m. In 2021, she secured her spot on the U.S. Olympic Team, but endured an unfortunate pole break and injury during the preliminary round in Tokyo, and wasn’t able to finish.

Without missing a beat, she decided it was time for a change, and while healing from her hip flexor injury, she took on a new coach and moved to Atlanta with her husband, Tyrone Smith. The two had been in a long distance relationship for five years, both chasing their dreams and locked geographically to their coaches and jobs. Now, finally, the two live together in Atlanta following Tyrone’s completion of his MBA from University of Texas, Austin. Being a 3-time Olympian himself (long jump) he plays a very important roll in supporting Sandi on her journey. Now working as a consultant for BCG Atlanta, Tyrone is taking on corporate life following his athletic career, and supporting Sandi as she continues to pursue her dreams on the track.

2022 has begun strong for Sandi under her new coach, Brad Walker, and alongside her training partners, including recently crowned Olympic Gold Medalist, Katie Nageotte. In March of 2022, the World Indoor Championships were held in Belgrade, Serbia, and under Coach Walker, Sandi went on to secure her second gold medal of her career and win gold in Belgrade.

Feeling strong and positive for the outdoor season, Sandi looks to finally secure her first global outdoor title this July at the World Championships in Eugene, Oregon. It will be the first Athletics World Champs held on U.S. soil, and Sandi’s family will all be there, ready to cheer her on at the historic track meet.

While ecstatic about her success, Sandi still craves more. The world record and a gold medal at the Olympic Games are her two most sought-after dreams. Sandi is hoping to compete until the 2024 games, and hopefully longer!